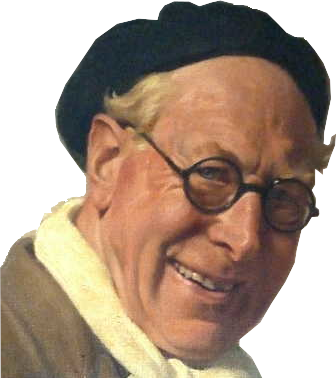 Little is known about illustrator, painter, and etcher Arthur C. Michael (also known as A. C. Michael), who worked in Bedford Park, London, between 1903 and 1916. Michael traveled widely in Europe, documenting a portion of his journeys in An Artist in Spain (1914). While he is predominantly remembered for illustrating Haggard’s books, Michael also contributed to The Illustrated London News, The Graphic, and The Morning Star. Historians are uncertain whether A. C. Michael is the same person as Arthur Michaël, the artist responsible for illustrating at least one issue of the French satirical periodical L'Assiette (No. 20, 15 August 1901).