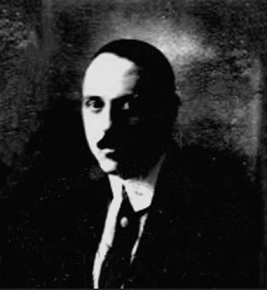 By 1900 he and his parents lived in Pontiac at 147 West Pike Street, along with his brother Willard's wife and a three-year-old daughter.

From 1925 to 1937 Lawrence Stevens worked as a designer and illustrator for the General Moters Company in Brussels and Antwerp.

In 1939 the German army invaded Poland and war was declared. As an ex-patriot American he moved his family in 1940 to New York City. They lived at 116 Waverly Place in Greenwich Village.

In 1941 he began his career as a freelance illustrator in NYC. Lawrence Sterne Stevens and his father the Reverend had the exact same name, so to protect his father's good name,the artist preferred to publish illustrations under a pseudonym. He signed his work with only his first name, «Lawrence.»

In April 25, 1942 he reported for his draft registration and was recorded to have brown eyes, gray hair, and a light complexion.

In 1943 he drew interior story illustrations for Argosy. Remarkably, at that same time his son, Peter Stevens, age twenty-three, was also selling freelance cover paintings to that same magazine.

1948 to 1953 he painted covers for Amazing, A. Merrit's Fantasy Magazine, Famous Fantastic Mysteries, and Fantastic Novels.

In 1950 at age 66 he and Myvanwy moved out of their Greenwich Village apartment and moved to a South Norwalk, Connecticut, to live with his son's family.

In 1953 at age sixty-nine he retired from professional illustration. That same year the entire family moved to a farm in Lewisboro, NY, which is only ten miles north of Norwalk, CT.

Lawrence Stevens died at age seventy-six at the Norwalk Hospital in 1960.